Infinix Mobility seems to be enjoying the Xiaomi and Oppo competition in the Nigerian consumer market with the smartphone brand set to launch a new smartphone, dubbed the Infinix ZERO 8.

The company has long been in the business of making entry-level devices with a track record of success making different lineup of smartphones. Infinix ZERO 8, however will be a mid-range offering from the brand, considering the reported specifications and features.

The device was spotted by Hawkeye users on the Google Play Console listing, the listing revealing several of its specifications and features in the process. A official promotional video for the device has also been surface online, definitely pointing to its imminent launch.

Here’s everything we know so far with the Infinix Zero 8 smartphone.

The display of the device is set to feature a Full HD+ resolution with 1,080 x 2,460 pixels and a screen density of 480 DPI though the display size remains unknown for now. For software, it’s expected the Infinix ZERO 8 will boot the latest Android 10 OS out of the box.

Under the hood, the Google Play Console listing reveals the Infinix ZERO 8 (with the model number Infinix-X687) will feature a MediaTek Helio G90 processor (the teaser video, however, mentions a Helio G90T, as is normal with major leaks and prelaunch reveals, we are okay with the confusion though the G90T SoC will be super awesome), which will be paired with a Mali G76 GPU and 8GB of RAM.

Meanwhile the official teaser seems to have revealed more than intended with the teaser video showcasing the front and back of the device alongside another toned down version of the Infinix Zero 8 lineup, a rumored Infinix Zero 8i (according to MySmartPrice).

For camera optics, the Infinix ZERO 8 will feature a dual punch-hole cutout for the selfie snapper, this will be located in the top left corner of the device’s display juft like the recently launched Infinix Note 7. The selfie camera setup will include a 48MP primary lens and an 8MP wide-angle lens. 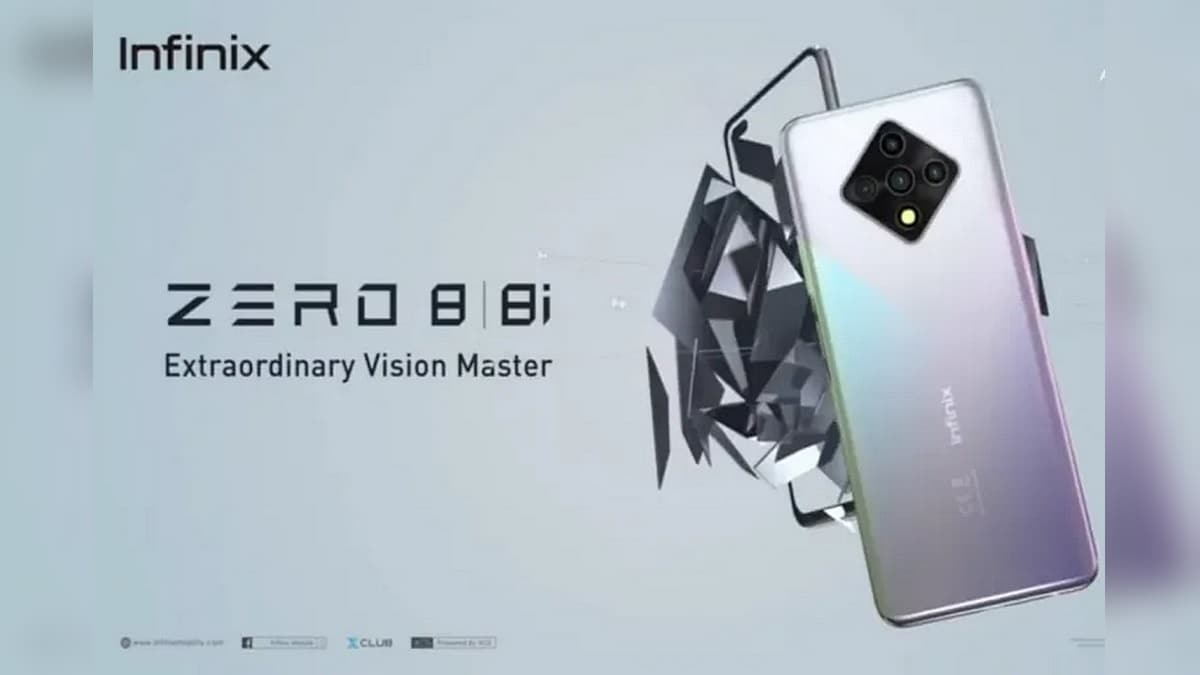 For the rear camera, there’s a 64MP quad rear camera setup, which will be encased within a prism-like module.

There’s no news yet on the starting price of the device though we will update you here on Techexpanded once that is the case.